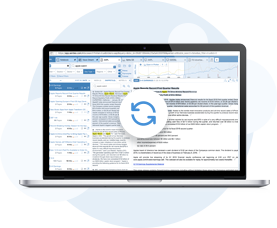 We’re happy to announce that our June update comes with yet more improvements across the entire platform thanks to your continued valuable input. Please don’t hesitate to utilize the Live Support with any questions or feedback you may have.

You can view all previous release notes here.

International Financial Data has been released out of Beta 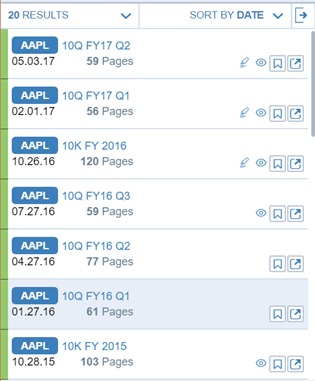 Exclude a specific company from your search results

Searches can be filtered to exclude specific companies from your search results by adding an exclamation mark ‘!’ preceding the company ticker (ex. !AAPL). For example, Apple has partnered with large mobile carriers such as AT&T and Sprint to sell its iPhones. By running a search for the term iphone sales and excluding the company Apple from our search results, we can focus the search on what Apple partners are saying about iPhone sales rather than what the company Apple is saying about iphone sales:

New
A number of useful fields were added to the screener, and the tool to let user create their own fields (hybrid series) was improved with additional functionalities.

We will be pushing over the coming weeks and months multiple new useful templates. Users will not need to take any action to see the new templates when they become available.